I woke up at 6am this morning all ready to go out to the River Dove after some grayling, but on stepping outside and checking the temperature I decided -8deg C was a bit too much to be out for a mornings fishing. So having chickened out, I drank some of my flask of coffee and headed back to bed to snuggle back up against a nice warm wife.
﻿
At about 3pm I headed out again to try a small local river for a nice winter chub, but this was not to be as most of the limited swims were frozen over on this fairly inaccessible stretch.  I walked the whole area to seek out somewhere with enough running water to allow a cast,  but in the end I decided against it as mostly all the accessible areas were frozen nearly all the way across, just being out and enjoying the frozen landscape was enough for me today. 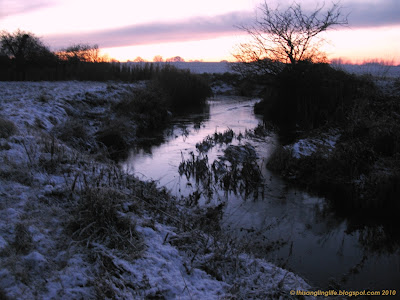 When I returned to the car as darkness fell I checked the temp and found it was -8 deg C !
I hadn't felt cold at all and only my hands had suffered from the biting cold,  gloves had soon revived them. I'm sure I would have easily coped with the cold this morning after all. Whether the fish would have been feeding is only left for me to wonder! 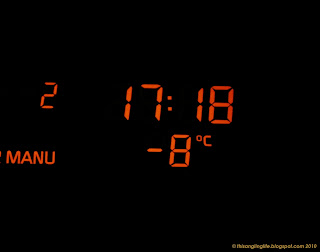 I had a trip out with Jeff earlier this week on the canal but drew another blank, I think we'd picked the first night of the rapid temperature drop so four rods over 3 hours failed to attract a single bite.
﻿

Posted by Lee Fletcher at 8:14 pm No comments: 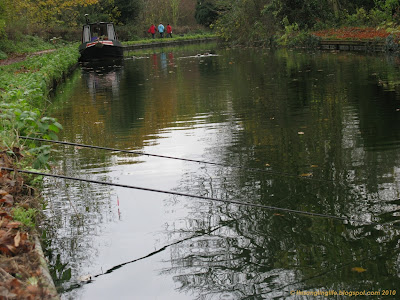 I've been struggling for fish over the past few sessions, so I've not really bothered to report on them. I think it's just down to timing my sessions during a feeding spell, especially now the temperatures have dropped to low single figures and the first few frosts of the year have already happened.  Choosing the right conditions are definitely more important at this time of year as the fish will feed for shorter periods at a time. 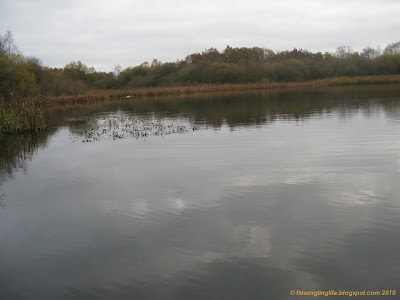 My latest session was this morning, and with an air temp around 3 deg I hoped this would not put off the fish.   I started the morning hoping to catch some more baits from the nearby pool but I couldn't even get the roach to feed.  I also had a float fished lobworm out for any perch that might be lurking next to the weed bed on the left. After an hour of complete in-action I gave up and moved back onto the canal to try for a morning zander.
﻿﻿
Despite my best efforts it was a futile session ending with another blank. I tried all the known spots with no results, I just hope I can do better on my next trip out when I meet up with Jeff again. 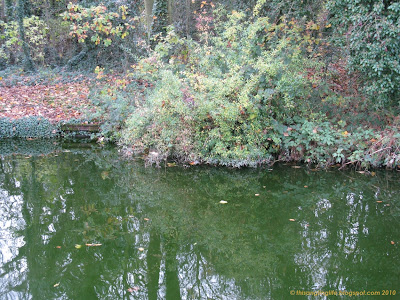 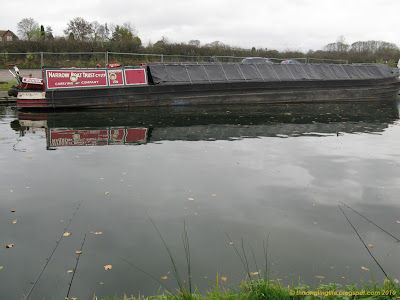 ﻿
﻿  ﻿
﻿ ﻿ My set up never really changes, in fact its pretty easy to catch zander if your location is correct.  I think my conclusion over these past few sessions is that there's no real way of knowing if the fish will be feeding or not, it's ultimately a case of right place and right time.
Posted by Lee Fletcher at 12:28 pm 1 comment: