A bright and sunny Sunday lunchtime with on and off showers but a couple of hours free to myself,  I didn't fancy going far so I headed to the nearby canal. It's been a while since I successfully landed a lure caught Zander so headed to the stretch where I've succeeded before with the aim of trying out a fluorocarbon leader, as there are very few pike in this stretch.  I intended to attach this to a selection of light 2" jelly lures.   Unfortunately I had forgotten to put the bag of lures I had sorted out into my rucksack ! Luckily I still had some 3 & 4 " Kopytos in my other lure box in the car so dug them out from the dark corners of the box, dusted them down and fitted one to a 7gram jig head.

It was a fair few casts before I finally had a take on an old 4" yellow kopyto that's done the rounds a bit, but hey if it still works then use it ! 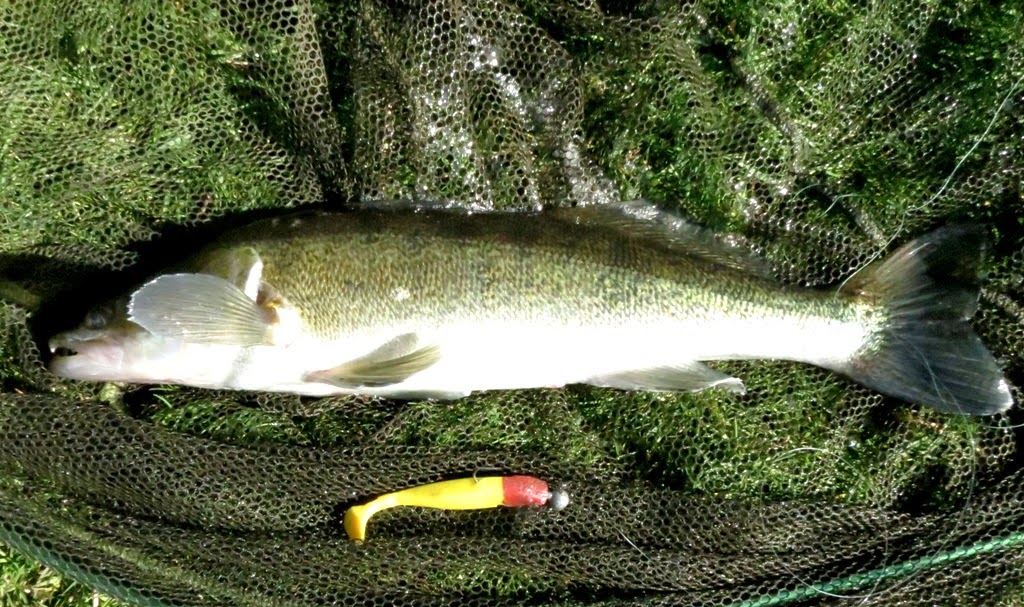 ﻿
That was the only hit I tempted before I got a call from the wife asking if I fancied  heading out for a late Sunday lunch, Id already been out two hours and with a cold breeze biting my hands now, I happily agreed and headed back towards the car.

With the lighter evenings we have now,  I'm looking forward to squeezing in a few sessions on the way home from work so I can concentrate on finding more zeds and hopefully locate the perch ?
Posted by Lee Fletcher at 11:22 pm 5 comments:

Well that's it the fishing's over on the rivers for another season, it's a shame half of it was scuppered by the weather but that's fishing in Britain I guess.  I rounded my season off with a couple of hours on the river after work and although I caught this nice 11 lb'er  I also lost three others due to my own stupidity, one of them a very nice fish too.  (Note to self) Always make sure you have spare hooks and traces made up so you don't have to rely on hooks that are no longer sharp enough.  I could have ended the season with a red letter day otherwise !! Ah well roll on the new season... 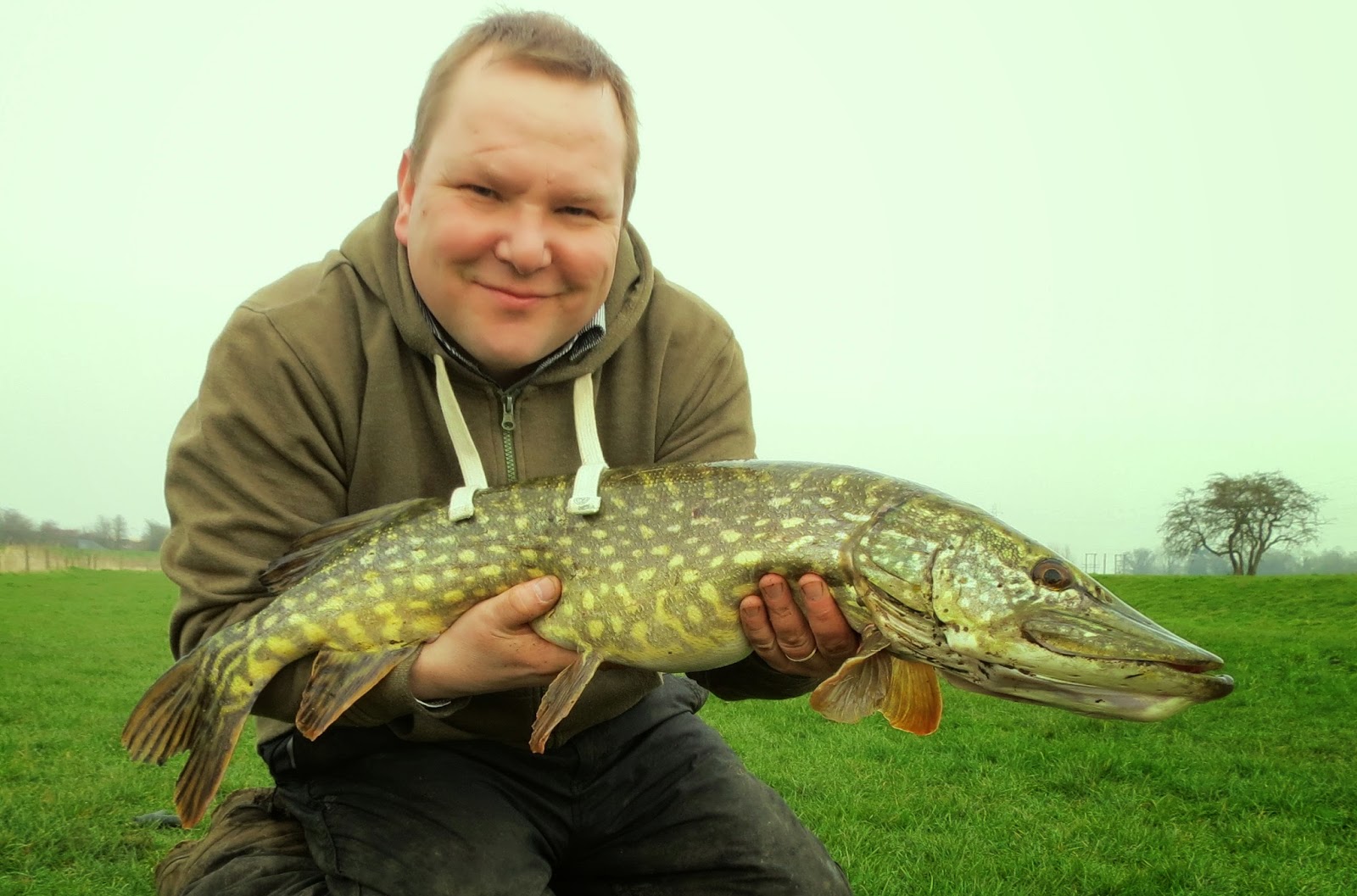 Back to the river..

A long time since my last post I know, but I have been out fishing  once or twice since November. It's been pretty tuff going though with missed fish and a few blank sessions along the way.
With the rivers being up and in flood for what seems like the whole winter I haven't made any effort to venture very far from home.

In the last week or so though the rivers have started to settle down a bit in between  the odd downpour that threatens to bring them back up again. ( as I write it's pouring down yet again !!)

I have caught a couple of jacks here and there on the local rivers recently and then finally made it to the Dove today, and caught this scraper double on bait, my biggest so far this year.

I also lost another fish later in the session that took the bait within seconds of me dropping it in the margin presumably smack on its nose. I felt the line pulling tight as the float dived under because I was still holding the rod as I struck and it proceeded to rip 20 yards off the reel before spitting the bait, I didn't get to see it but it felt a good one, you know, heavy, solid and powerful !

I should hopefully manage one or two more sessions on the river before the close session kicks in, the hopes I had this year for plenty of river sessions and lots of big river pike have been washed away with the floods, so I'll be back on the canals again for a while I think, which isn't a bad thing but I'll look forward to the new season in June even more this year I expect. 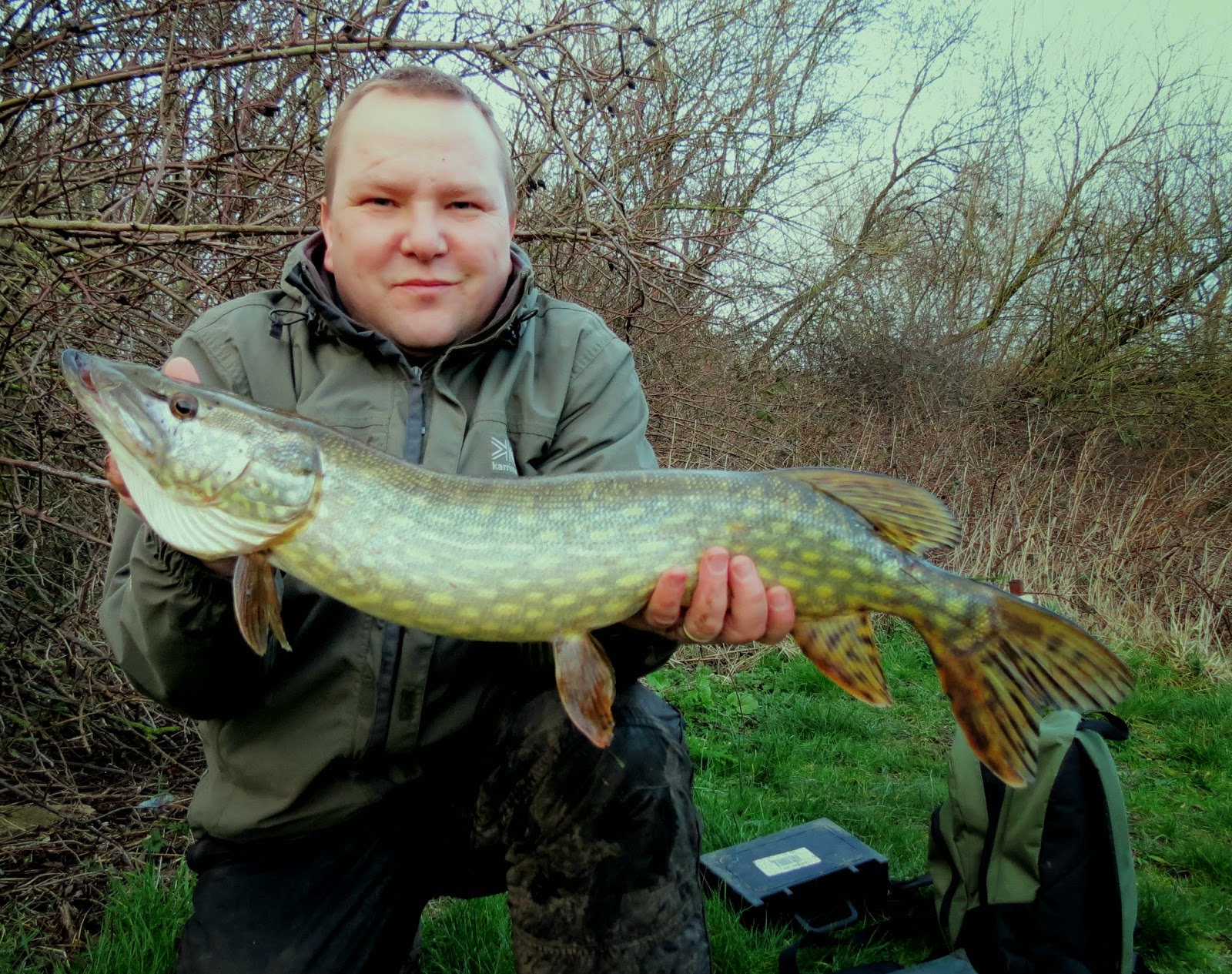 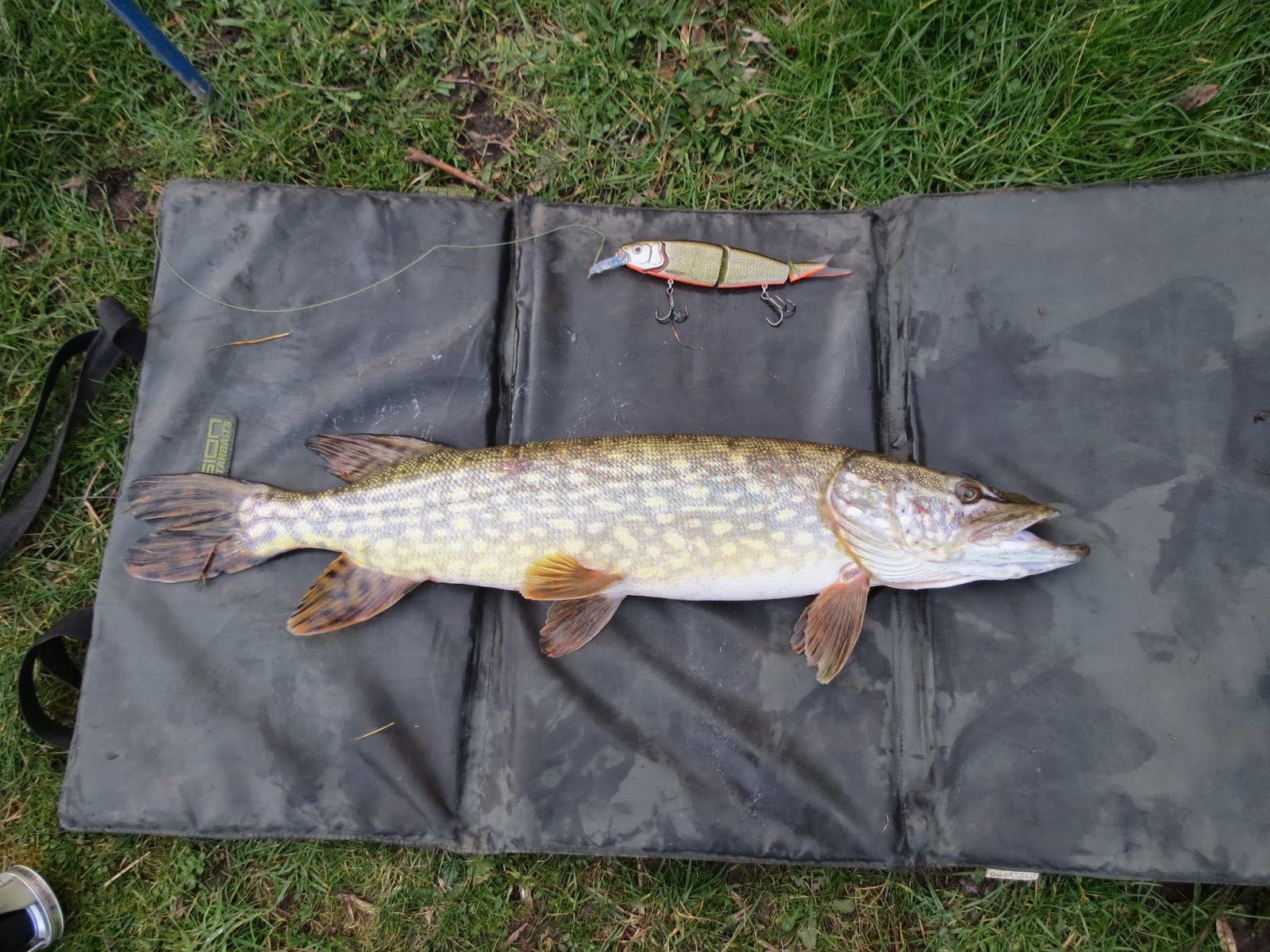 Posted by Lee Fletcher at 9:06 pm No comments: