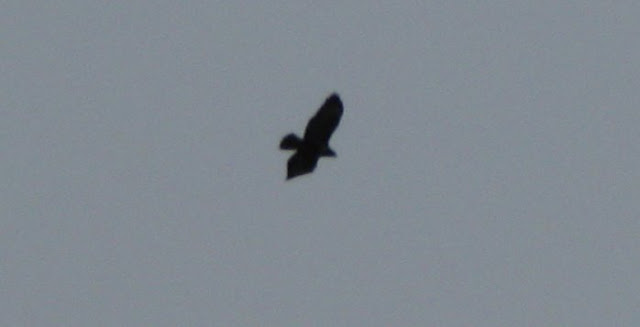 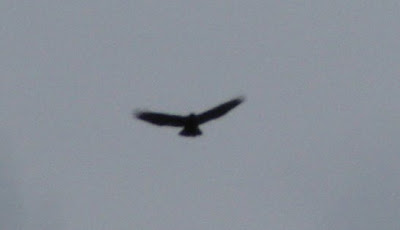 Fished the Trent again today on a perch session, using two rods. One was set up with a small feeder the other on the float, but both had worms on the hook. The feeder rod produced a very positive run with the bobbin rising to the butt. However there was no fish on the strike, even though the worm had been savaged, it was probably just a small perch. That was the only action all session but I am still convinced there will be some big Perch here in one of these swims, its just a matter of time (and luck). I saw a pair of Buzzards circling above when I arrived at my swim, I was able to take some photo's and film them. (see video clip below) 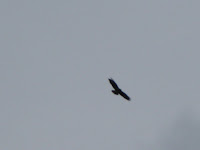 I also spoke to a chap who was fishing downstream from me barbeling, was very friendly, and we chatted about Tench fishing and barbel stretches on the Trent and Dove. I'm already in the right area for Barbel it seems, so I will have to have a go for them again soon before the end of the season.
Posted by Lee Fletcher at 9:56 pm No comments: 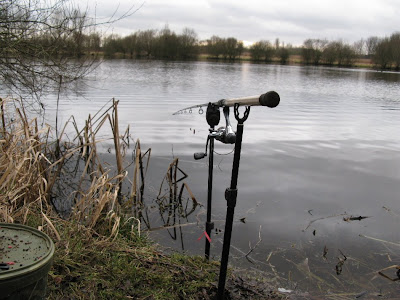 Fished a lake for perch, with a feeder in the margin using denrobena worm, and a lure rod with a rubber softjig (bream imitation). Although I blanked, I formed some ideas about what to try next time I visit, which will probably be in the closed season now. Water temp today was 4.5 Air about 8 deg. 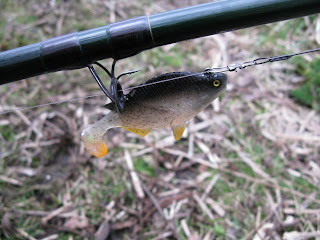 I chatted to Barry the baliff on his daily rounds to lock the gate, he mentioned that the pool I know in Water Orton is now part of the white Swan club ticket and holds some decent Perch and Tench. 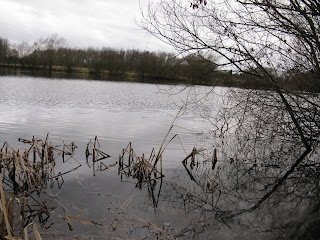 Posted by Lee Fletcher at 9:41 pm No comments:

No Grayling, but haven't I seen you here before ? 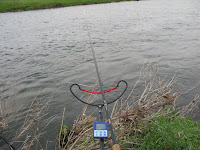 I decided to fish the Dove again this afternoon even though it had started to snow before I had left the house.
I was after Grayling so it figured it would be worth the effort. I employed the same tactics as before, feeder fishing red maggot with brown crumb and dead maggots in the feeder. I tried a deeper peg on a bend in the river this time, but had not attracted a bite after a couple of hours fishing. 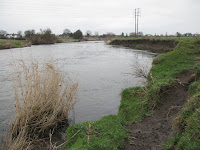 I eventually moved pegs to try for a Perch during the last hour of light. I never had a take on the worm, except for the last cast when I jigged the worm a bit to try and entice a bite. As I started to reel it in I realised there was something attached, in all honesty I thought I was snagged at first, but then the "snag" swam off at speed.
Judging from the power it was either a very good Perch, a Pike or maybe a Chub. A Pike then rose up to the surface and answered that question. I managed to get the net down to it, but struggled to get the fish in the rounded spoon net, and as it took off again on another run it decided to tail walk which added to the excitement. 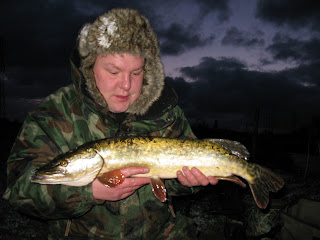 Eventually the fish was in the net and another 5lb 8oz Pike hit the scales.
I wondered if it was the same fish as last time ? This was the same swim and the fish weighed exactly same as last time. When I studied the photo's, especially the markings on the wrist of the tail, I found that it was indeed the same fish I caught on the 30th Dec, having neither gained nor lost on ounce in weight. 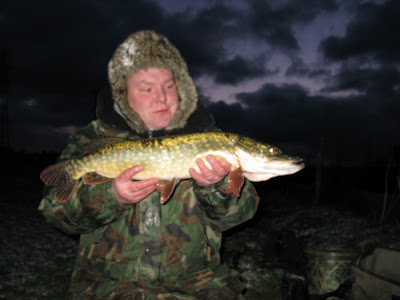 Another disappointment on the Grayling front but the Pike was a nice bonus and saved a blank. The weather had been freezing with the wind from the east blowing snow straight in my face, and sticking to my hat.

You can see how red my face had gone from the cold, in the photo's. (how cold ? - bloody freezing !!) 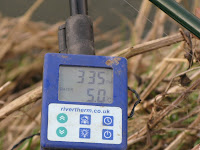 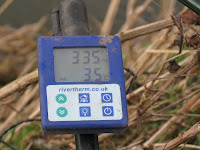 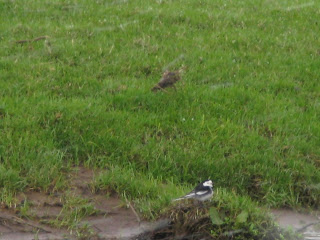 I spotted another Grey wagtail that practically landed next to me, but again as soon as my camera was ready, it had disappeared. It was beautiful with really vivid yellow colours. I did take a snap of a pied wag tail on the opposite bank as a "consolation prize" however.
Posted by Lee Fletcher at 7:11 pm No comments: