My river season has been a strange one this year -  I've hardly done any to speak of in comparison to previous years. Most of my time has been spent lure fishing the canals for zander and the odd perch instead. My visits to the rivers has been so few and far between I don't think I even fished for barbel this year which I aim to rectify in the new season ahead.

Well, in my usual last minute rush I tried to squeeze a few sessions in over the last remaining weekends in hope of a river pike, and maybe some trotting for grayling. Suffice to say this didn't quite go a well as planned and either the conditions were against me or the fish not obliging. And so we came to my finale on the river on Friday afternoon. Thursday night prior around 10:00 pm, tackle prepared, baits purchased for Pike and maggots for trotting for grayling so it starts to rain and didn't stop until well into next morning on Friday.... just bloody perfect timing.  So as suspected arriving at the first river venue that afternoon to find it chocolate brown and creeping over the banks. No good for trotting nor did I feel confident in searching for pike holed up in any slacks in that lot either.  Next venue and conditions were slightly better the river was up but not too much. A few other anglers were already down to try for barbel.  I found the swim I fancied was free and quietly set up my gear as a barrage of heavy feeders boshed down into the river around  me.  This river was still steadily rising as my carefully positioned banksticks indicated, starting on shore then soon to be surrounded by water.   After an hour of this and not so much as a twitch on maggot or Lamprey I decided to cut my losses and head elsewhere while there was still time. To a smaller river now that can usually be relied upon to throw up a few Jacks in a short session, with the outside chance of something larger. Again within the time allotted for something to have occurred, the same empty result on both maggot and deadbait. I was just not feeling it here either so with one last chuck of the dice I was off to the canal.

First cast on  the half Lamprey I had been using all afternoon and within 15 minutes the line started to tighten and the float sank away resulting in this lovely mid double to save my afternoon. (15lb 3oz)

The only other notable capture since the last update is this lovely 2lb 4oz canal perch caught at the beginning of March. 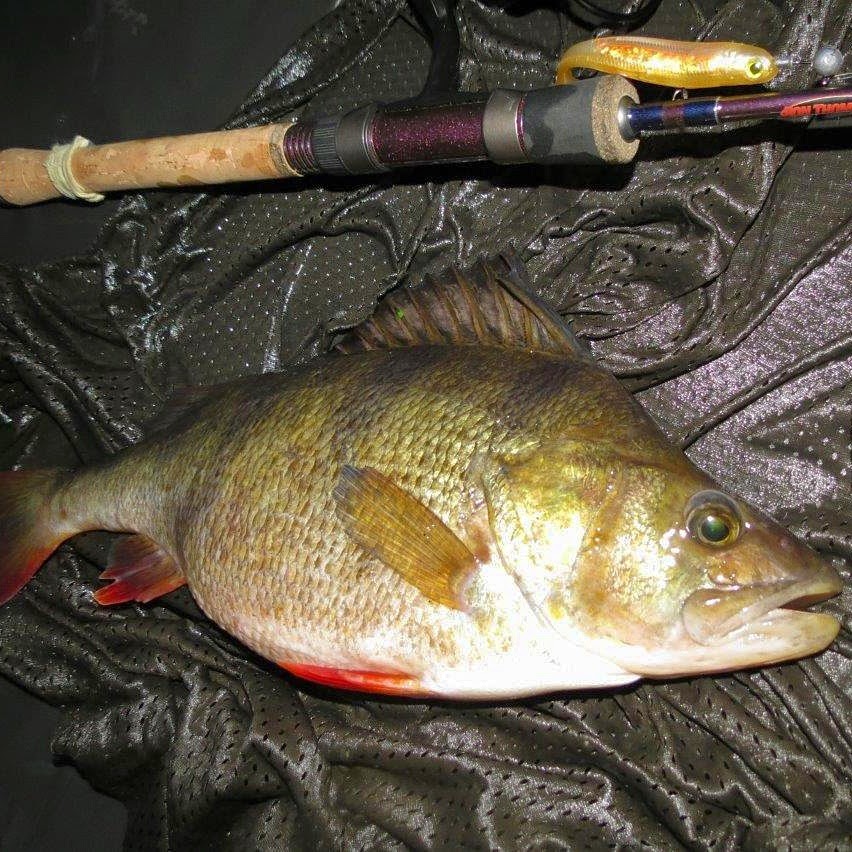 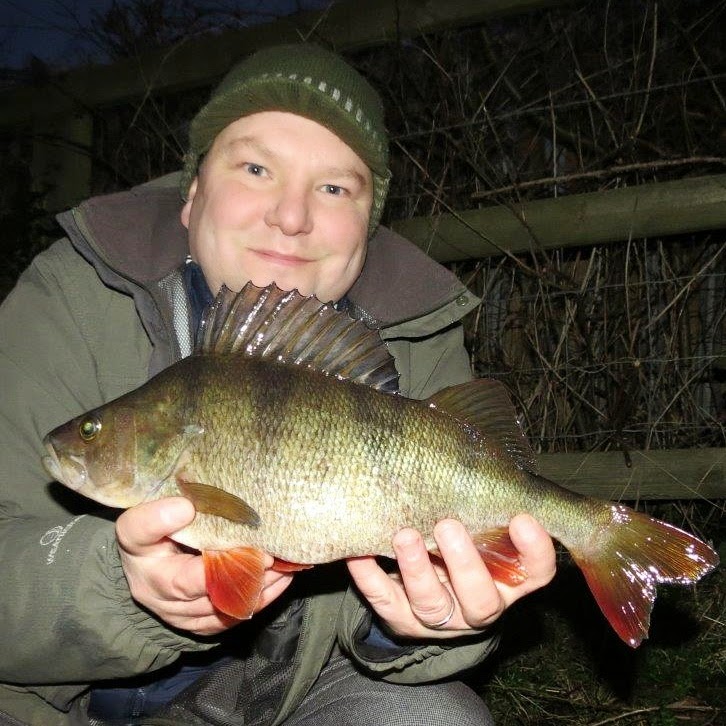 So that's my end of season update, a season where I spent practically most of the time fishing the Canal and neglected the river, and now I can't fish it I am missing it already- roll on June 16th !
﻿
Posted by Lee Fletcher at 10:09 pm No comments: