A great way to break up the working day if you happen to work near a canal is to spend your lunch hour lure fishing. That's exactly what I have been up to in the last few weeks searching a stretch of canal that has been throwing up the a few fish for me already.

﻿
The most successful method by far has been trolling the lure in the edge whilst walking slowly along the towpath. This is how I almost landed a 2lb + perch the other day, and again at lunch today managed a small perch followed by a larger zander of 3lb or so. 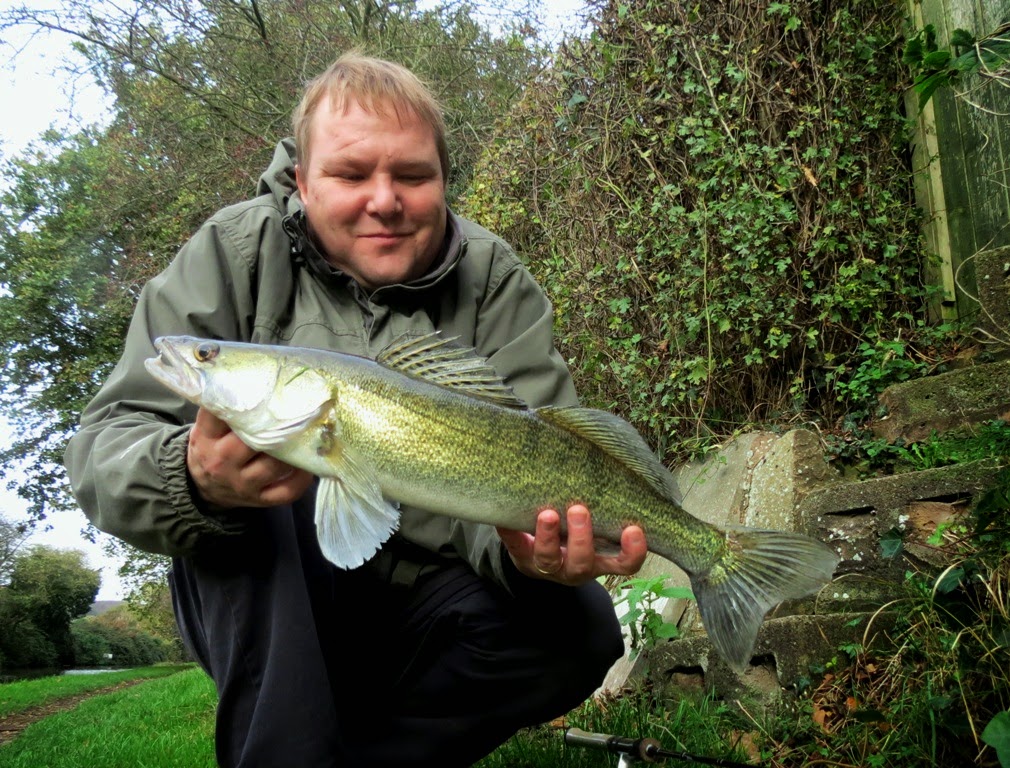 The method is an excellent way of quickly locating the fish ( time being of the essence on a quicky lunch hour sessions) and over a few short weeks I have found the areas where I catch are proving to be consistent with fish caught on multiple visits, as opposed to other areas seemingly barren where no takes have been forthcoming. Interestingly I have only caught one fish with a standard cast and retrieve on this particular stretch, whilst trolling has had much more success landing the fish mentioned with a few missed strikes thrown in for good measure.

So far there are two fish holding areas I have located in a stretch less than half a mile.  The water is always pretty murky and brown, not the worst I've ever seen, but with probably just less than a foot of visibility at best. There have been occasional boats coming and going stirring up the muck on most of my short half hour sessions, but this has not stopped me catching.  In these conditions I expect the fish are probably sensing more than seeing, although even if  you can't generally see the lure yourself from the surface I'm sure if it passes within a foot or so of a predatory fish it is a target on both levels.   Big Hammer 3" lures have worked best so far with the ever reliable 2 " Kopyto's scoring well too.  I think the colour is not too important but I seem always go for a bright one. More importantly is to select one that your have most confidence in. Dark lures should work in these conditions too but as I haven't got any at the moment I can't back that up with fact - I will have add some to my next lure order and see for myself. 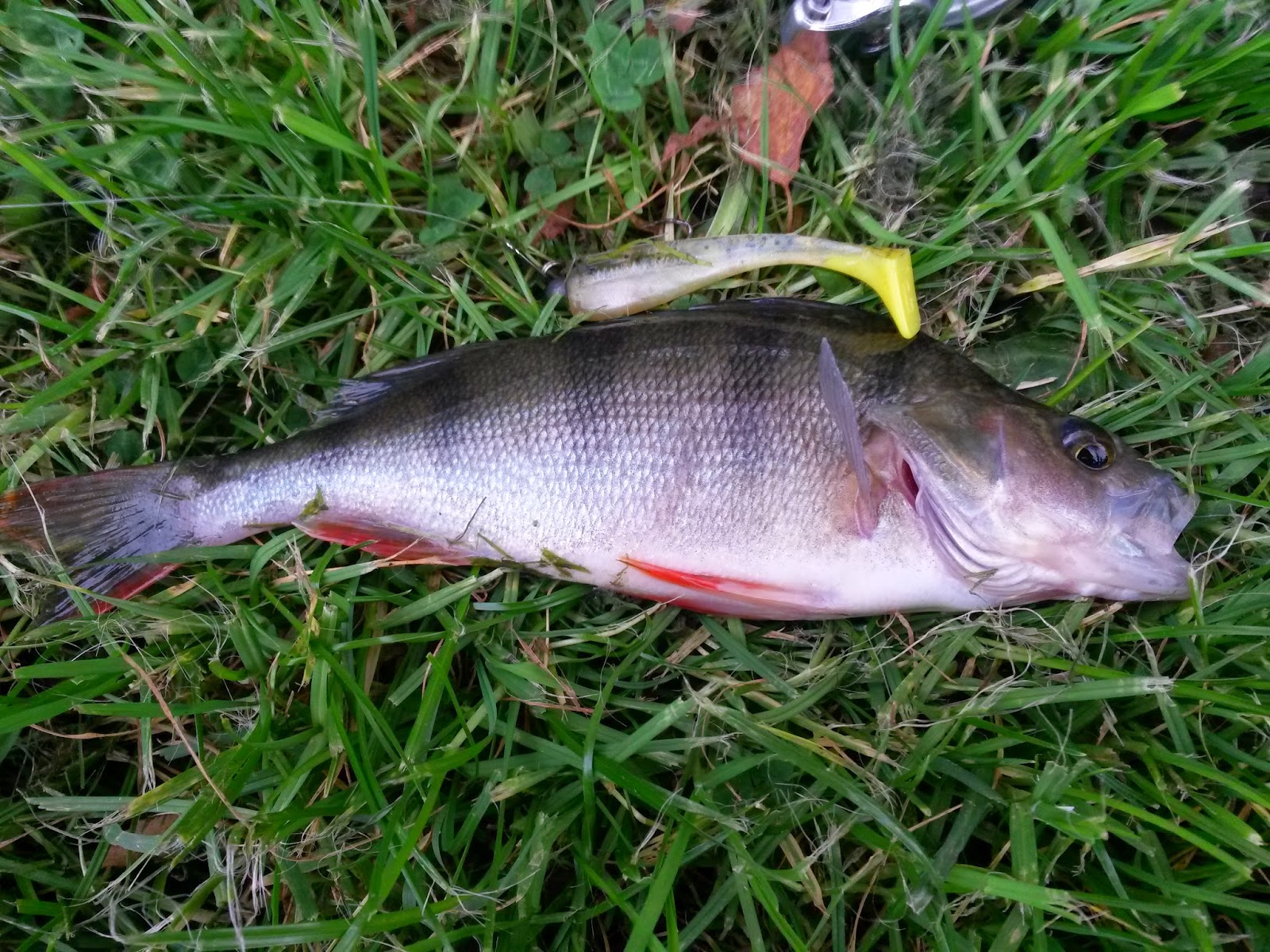 Posted by Lee Fletcher at 11:08 pm No comments:

A cheeky 1/2 hour after work on a new stretch of canal.  I was using my recently purchased ultralight  Ron Thompson Flexide V2 4 - 12g rod working a 1" creamy white kopyto on a small jig head along the edge, I soon had my first zander on the bank. 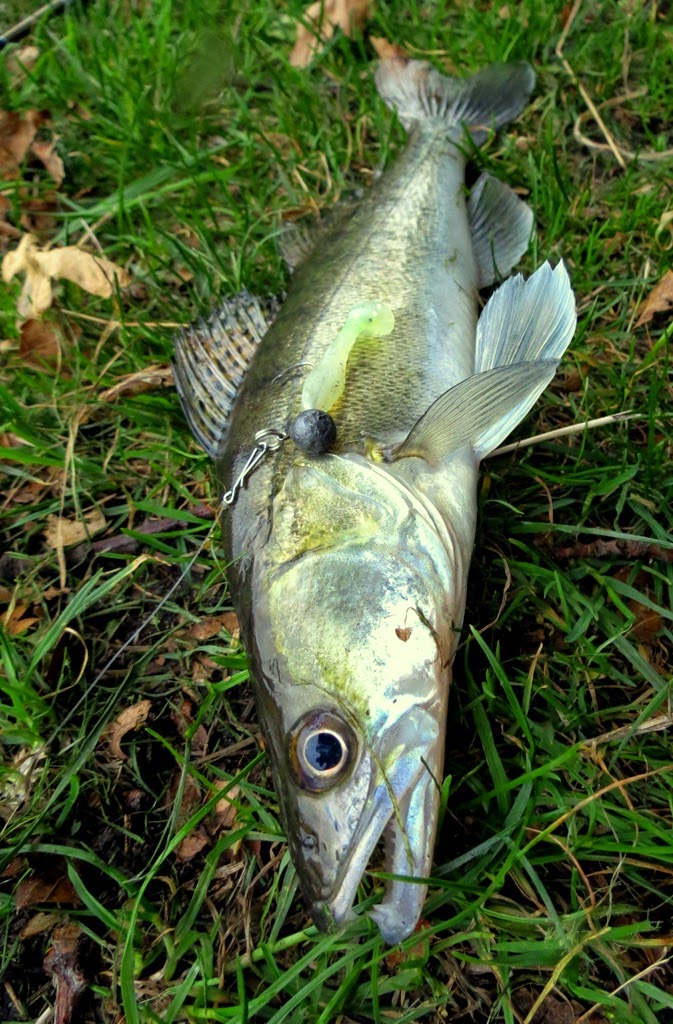 More of a zedlet really but every one's a result. I continued along the canal for another 200 yards or so before turning around to head back. Occasionally I stopped to cast across the canal under some enticing bushes or feature and worked the lure slowly back along the bottom to my near edge and then, remembering what I'd read on the excellent  Artificial Lite from the waters edge web site by Eric Weight,  I decided to start dibbling the lure in the edge near the pilings and features.  I soon felt a knock and saw a nice size perch twisting on the line under the water but unfortunately it didn't hook up properly. A little disappointed I kept dibbling and managed to hook a small perch to the method - result.

On a slow amble back to the car I trolled a larger 3" hammer shad along the bank under my feet and felt the rod tip pull round near a slight indent of the soft bank, this was followed by a head shake and as I looked down I saw a large perch easily over two pounds, its thick back and bold stripes clear to see up on the surface. I tried to compose myself in those few important split seconds upon realising what I had on and attempting get the fish under control it was all over with a flick and a shake the fish broke free from the small jig head and disappeared !! That was easily a Lure caught PB perch for me but it was not to be today maybe the hook was a little too small?  I tried the lure again and felt a knock but subsequent casts met nothing more.
I moved back to the bridge where the car was parked and tried a few spots on the other side, catching another consolation zedlet on a 2" kopyto in flouro yellow. With the light fading fast and still licking my wounds a little after losing the big perch, I got back to the car and headed home feeling both pleased at the success of new techniques and the pain of lost chances. I think I'm going to enjoy exploring with this new rod. The extra feeling and sensation from a lighter set up allows you to naturally exploit subtle changes in your technique which can't be understood or realised until you try one out. In other words my old spinning rod now feels like a thick carp rod in comparison and just can't hope to give me the information I receive on the ultralite. If your thinking of investing in a lighter set up then I can highly recommend it. 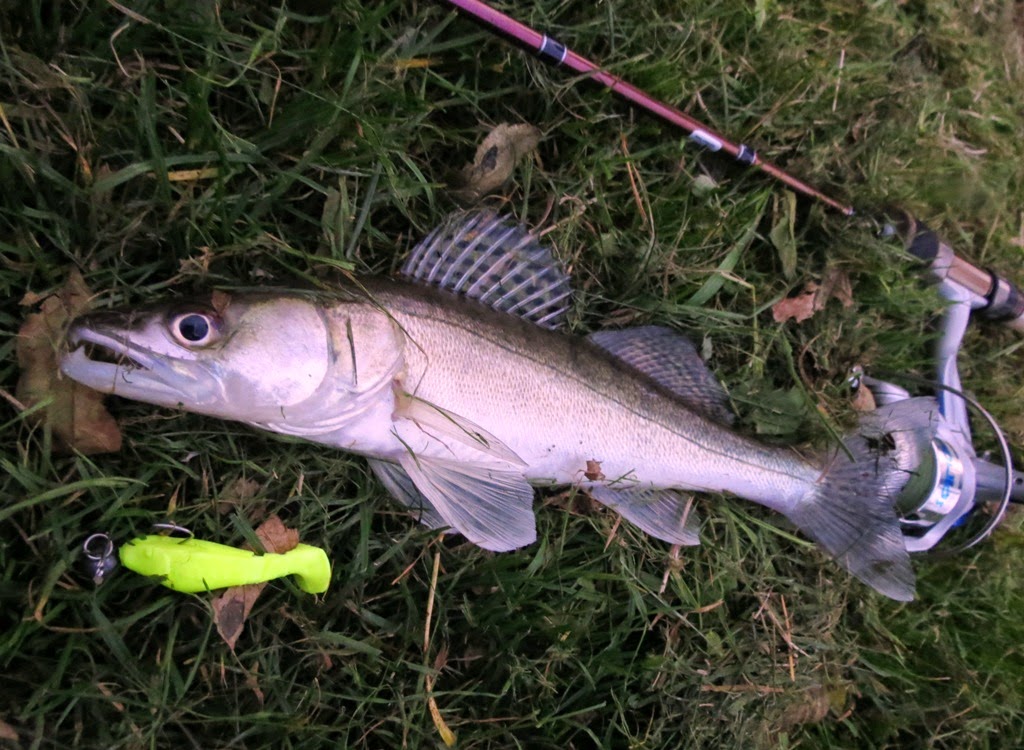